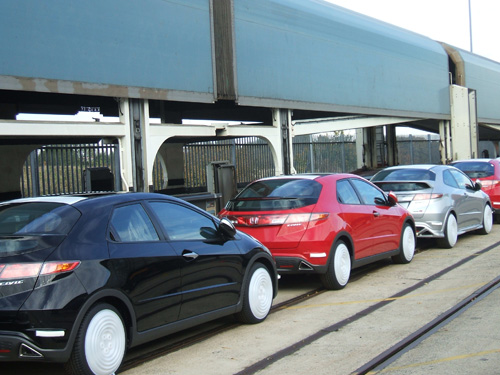 Kilbride owns the lease on the Keypoint Rail Terminal at Swindon.

The terminal was originally built as a planning requirement for the neighbouring warehousing development, which was then taken over by Kilbride.

Traffic commitments were signed up with Honda and infrastructure put in place to allow finished cars to be moved from the end of the production line at the plant into the rail terminal for export to the continent via the Channel Tunnel.

Proposals are now being considered for the next phase of development for the rail terminal at Swindon.

The rail terminal is located at South Marston approximately near Junction 15 of the M4, just off the A419 dual carriageway.

The renovated rail terminal and new connecting road to the Honda Plant were opened by the Secretary of State for Transport, Lord Adonis in October 2008.