The commission at this new manufacturing plant producing the "S" Type involved a comprehensive study into the opportunities for rail freight transportation. Following a comprehensive research programme of matters as diverse as planning, wagon types, change in operational issues, financing and many other aspects, commissioned by Jaguar Cars in 1999 this project evolved into a facility for finished vehicle dispatches and an intermodal/container handling center for the adjacent manufacturers plant.

The first phase was completed in late 2002 and a second phase of work is now being planned for the shipment and receipt of container traffic. The project involved direct investment by the company, with a cost of over 9m. Grant funding was negotiated in excess of £4m from the Strategic Rail Authority.

The site is located off Junction 5 of the M6 next to Fort Dunlop and the Castle Bromwich car plant. 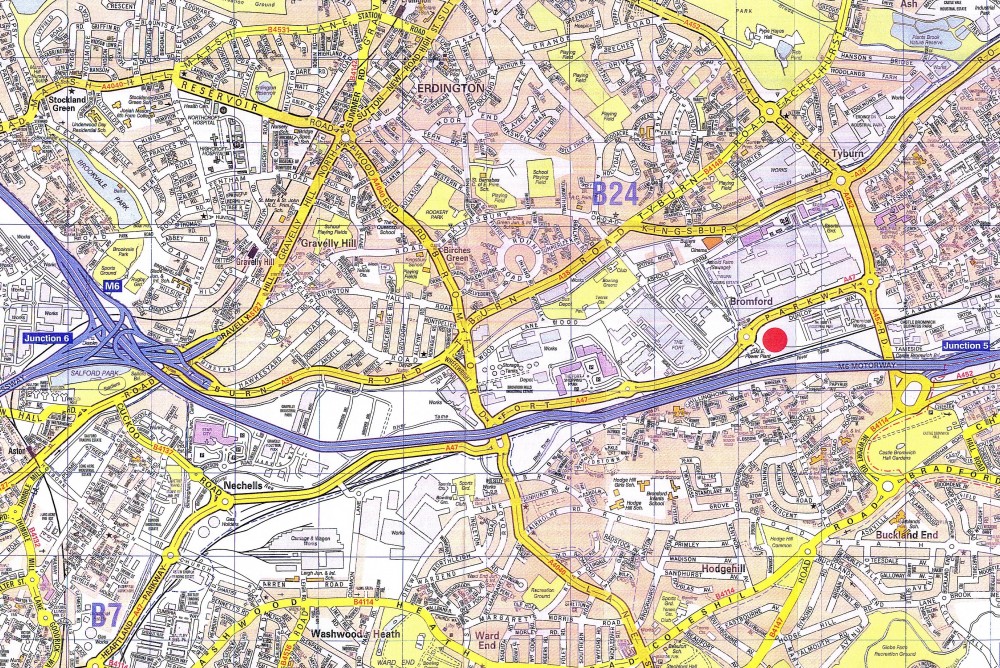 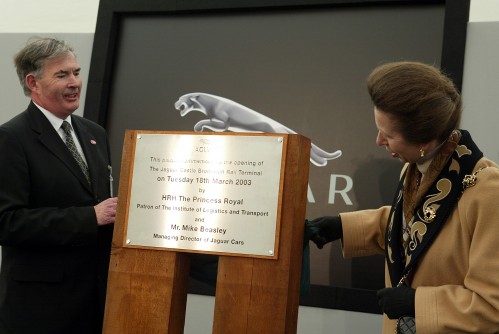 On Tuesday 18 March 2003, HRH The Princess Royal, Patron of The Institute of Logistic and Transport unveiled the plaque commemorating the official Opening of The Jaguar Castle Bromwich Rail Terminal alongside Mike Beasley, Managing Director of Jaguar Cars.

The event was also attended by local MPs and Councillors as well as representatives of the Strategic Rail Authority, rail operators and the Regional Development Agency who had all been essential to the success of the project.

WINNER Freight Achievement of the Year

The Kilbride team was awarded in 2003, the Freight Achievement of the Year award for constructing the car storage facility at Jaguar’s Castle Bromwich, West Midlands factory in the space of just one year. The project was completed ten weeks ahead of schedule. The £10m project has created two sidings within the Jaguar facility (each capable of accommodating a train loaded with 200 cars), removed and replaced two Network Rail sidings outside the plant, demolished redundant structures, created an 18-acre car park to store, 1,600 new vehicles, and a host of security measures.

Birse Civils Regional Managing Director Mark Farrah said: “I was delighted to be involved with this project. The team spirit and sheer effort of all involved, including Jaguar Cars, Network Rail, Bride Parks (Kilbride) and the entire supply chain has made this project a phenomenal success.”

Together with Jaguar’s sister plant at Halewood on Merseyside, the company expects to take over 70 million truck miles off the road network over the next decade, and markedly shorten journey times.