The management team of Kilbride, the specialist rail and infrastructure developer, announces today that it has agreed the acquisition of the key rail led projects from Kilmartin.

Under the agreement, Kilbride will assume full ownership of all of the Kilbride Group operating entities: Kilbride Community Rail, Kilbride Consulting, Kilbride Rail Terminals and Kilbride Resources, giving it control of the projects being progressed. 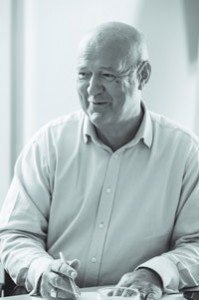 “This acquisition enables us to move ahead on all fronts with some very exciting development opportunities. Kilbride has a track record of identifying and delivering projects that unlock considerable value from rail related sites. We believe that our experience and project pipeline represents a compelling platform from which to continue Kilbride´s continued growth and that the prospects for the future look very strong."

“We have enjoyed a productive working relationship with Kilmartin over the last three years, but we believe strongly that our project pipeline and, within that, the interests of our stakeholders, are best served through progressing our schemes on an independent basis.”

The move underlines Kilbride´s renewed focus on its core activities in the rail sector, particularly in the development of rail freight projects and other rail related development opportunities. Kilbride has agreed to the purchase of four key projects from Kilmartin, which it will now progress independently. The schemes are: - Four Ashes Strategic Rail Freight Interchange, Stretton - Keypoint Rail Terminal, Swindon - Tavistock to Bere Alston passenger line reinstatement - The Inverurie Business Park and rail terminal Kilbride is not purchasing the Shipton-on-Cherwell Quarry as part of the buyout, but it will continue to provide the technical support for the development of a rail freight terminal on the site.

Kilbride is a specialist transport and property development company, focussing on the provision of new infrastructure, particularly in the rail sector, to serve existing manufacturing or logistics facilities and new or existing settlements.

The project involves the development of a rail connected regional logistics site through an LLP with a major local landowner. The LLP controls up to 400 acres of land off junction 12 of the M6 in Staffordshire on the West Coast Mainline. The site is being promoted through the planning system as a regional logistics site and Strategic Rail Freight Interchange on a par with Daventry International Freight Terminal (DIRFT). The planned development would see Kilbride deliver a fully operational intermodal rail terminal with approximately 2.3 million sq ft of rail served warehousing.

Kilbride is working on proposals to reinstate the 5.5 mile Bere Alston to Tavistock passenger rail line in Devon, which was taken out of operation in 1968. It links into the Plymouth to Gunnislake section, which is still an operational part of Network Rail´s national network.

The planning authority, West Devon Borough Council (WDBC), is putting forward Kilbride´s site as its preferred option for the development of Tavistock in the forthcoming LDF. WDBC has finished the final consultation prior to the submission to the Secretary of State. Approximately 20 acres of the land under option is already zoned for housing subject to the rail being reinstated.

The rail reinstatement project will involve obtaining the necessary rail consents through a Transport and Works Act Order (TWAO) and Kilbride is currently establishing the structure for the ownership of the line.

Kilbride owns the leasehold to this rail terminal, completed in 2008, which is used by Honda for the transportation of new cars to its European distribution hub in Gent, Belgium.

The Keypoint Terminal is fully operational and exports 23,000 cars per year direct to continental Europe, via the Channel Tunnel. The benefits of the terminal are evidenced by a reduction of over 3,000 truck movements per annum, which in turn will lead to a significant saving of CO2 emmissions each year.

Keypoint is another major piece of rail infrastructure that the Kilbride team has delivered for the automotive industry, following the successful development of the Castle Bromwich Rail Terminal and Halewood rail terminal for Jaguar Land Rover, the Autolink Rail terminal at Corby and the BMW Cowley rail terminal.

Kilbride has an agreement in place with International Paper to redevelop its land holding at Inverurie, where it controls up to 400 acres of development land around the former paper plant.

The first outline application for phase one of the Inverurie Business Park has been approved by Aberdeenshire Council with the consent expected to be issued in the coming weeks. Kilbride also have an opportunity to develop the rail terminal infrastructure at the site.